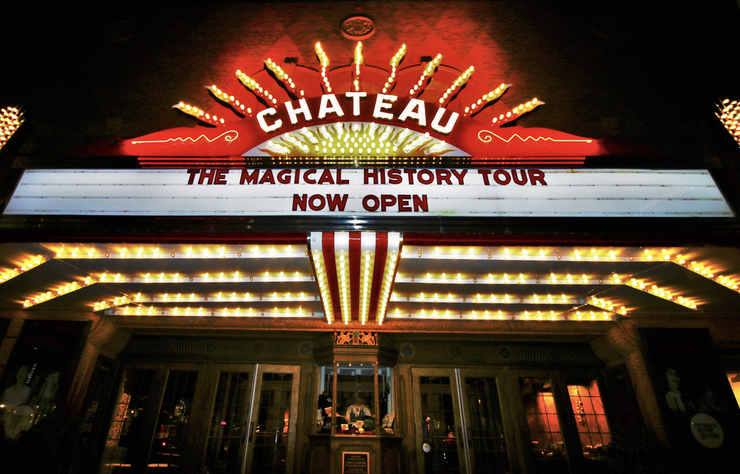 END_OF_DOCUMENT_TOKEN_TO_BE_REPLACED

Exhibits Development Group’s latest initiative to advance international cultural exchange – a marketplace where cultural institutions can buy, sell and exchange idle assets   CultureNut Xchange received an overwhelming response to our launch in December. We have teamed up many institutions seeking specific items with those wishing to relieve their storage and warehouses of idle […]

END_OF_DOCUMENT_TOKEN_TO_BE_REPLACED

When searching for a traveling exhibition, museums, fairs, zoos, aquariums, galleries and alternative venues should begin by considering their available space. To simplify your search, EDG has compiled a list of our current exhibitions by size. Please note, nearly all of our exhibitions are flexible. We are happy to work with venues to find the [...] END_OF_DOCUMENT_TOKEN_TO_BE_REPLACED

The Exhibitionists are headed to Chicago to sponsor and attend the Association of Midwest Museums’ (AMM) Annual Conference, July 18-20, 2018. As a longtime member of AMM, EDG is proud to partner with the finest institutions to develop and host exhibitions in art, science, history, children’s education, and popular culture. The EDG team provides services […]

END_OF_DOCUMENT_TOKEN_TO_BE_REPLACED

Environmental Graphiti – ART from the Science of Climate Change –  uses contemporary art to enhance public awareness about the science of climate change. Science, art, history and popular culture institutions have been looking for an exhibition that effectively communicates this important story.  Environmental Graphiti will do just that with a dramatic display that can be adapted […]

END_OF_DOCUMENT_TOKEN_TO_BE_REPLACED

INTERNATIONAL EXHIBITIONS THAT WILL BRING A NEW PIZZAZ TO YOUR INSTITUTION  The Exhibitionists are thrilled to announce our latest game-changing partnerships, bringing you the latest on-mission and educational exhibitions that appeal to a broad audience of art, science, history and popular culture enthusiasts.  You want different, edgy, attract young and old?  We hear you... The Worst-Case Scenario Survival Experience celebrates the 20th anniversary of the internationally-bestselling Worst-Case Scenario book series. Selected by The Franklin Institute  to develop the exhibition, EDG and GMC+A bring the unexpected to life in a highly interactive, low-tech, educational and goofy way. From defusing a bomb to escaping from zombies, The Worst-Case Scenario Survival Experience will help you get through each challenge and have you laughing along the way. The exhibition will appeal to museums and alternative venues seeking to engage children and adults alike. Van Gogh is designed for art museums to immerse children, families and young adults in the works of one of the world's most famous painters. Conceptualized by the Dolores Kohl Foundation, this experientially rich and multi-sensory exhibition uses modern technology and participatory learning to engage new audiences in Van Gogh's genius, his personal struggles and his artistic process. Pinhead  Calling all pinball wizards! Visitors of all ages will be captivated by the visual and cultural impact of pinball through the decades as they discover the art, history, science, physics and technological advancements behind the game. Come for the learning, or just enjoy the sights and sounds and challenge yourself to a few games with friends. Pinball is the revenue generator your institution has been waiting for! READ THE NEWSLETTER LEARN MORE ABOUT [...] END_OF_DOCUMENT_TOKEN_TO_BE_REPLACED

Explosive Fun Continues at Fleet Science Center, San Diego on February 24, 2018 Saint Paul, Minnesota USA, February 13, 2018 (Newswire.com) - Exhibits Development Group (EDG) and Discovery Communications, the world’s number-one, non- fiction media company, in partnership with the Museum of Science and Industry, Chicago (MSI) and Geoffrey M. Curley + Associates (GMC+A), announced today the international extension of MythBusters: The Explosive Exhibition, which will end its first seven-year, 17-city North American tour, which premiered in Chicago in March of 2012 and concludes in Syracuse in January of 2019. Based on Discovery Channel’s Emmy®-nominated series MythBusters, the exhibition uncovers the truth behind popular myths by mixing scientific method with gleeful curiosity and old-fashioned ingenuity to create hands-on, interactive experiences for guests of all ages. In MythBusters, co-hosts Adam Savage and Jamie Hyneman, who supported the exhibition design and development team of Geoffrey M. Curley and Associates, take scientific investigation to exciting new levels by proving or exploding myths using their highly experimental approach and extensive backgrounds in special effects. Now, in the next generation and new series of MythBusters, hosts Jonathan Lung, Brian Louden, and companion dog Bo take mythbusting to an all- new level. “First-class science centers and museums have enjoyed the success and scientific fun of the first seven years, including our partners from Museum of Science and Industry, Chicago, IL, and institutions in Columbus, OH, Denver, CO, Ft. Worth, TX, Santa Ana, CA, Portland, OR, Toronto, ON and more. Now, even more institutions throughout North America with MythBusters fans can host the exhibition. Moreover, the global rights are [...] END_OF_DOCUMENT_TOKEN_TO_BE_REPLACED

Game-Changing Partnership Taking Place Linking Exhibits Development Group and Destiny USA January 9, 2018 FOR IMMEDIATE RELEASE EDG – St. Paul, MN +1 651 222 1121 info@exhibitsdevelopment.com SAINT PAUL, MINNESOTA, Date – Exhibits Development Group (EDG) is thrilled to announce a new, long-term partnership with Destiny USA, the sixth largest shopping, dining and entertainment destination in the United States visited by 26M guests annually. The partnership will allow EDG to bring to life four traveling exhibitions inside Destiny USA’s newest third-level entertainment attraction, “The Muzium,” in Syracuse, New York. Destiny USA’s millions of annual visitors, travelers and tourists will now have access to the incredible line-up of EDG’s touring portfolio. “Since our inception, EDG has sought to bring the highest quality, most impressive museum and art exhibitions to our audiences. Working with Destiny USA, we will reach an entirely new audience that may have shied away from going to museums,” explained Amy Noble Seitz, founder and president of EDG. “We are truly excited to embark on this partnership.” Working with Destiny USA, EDG has helped transform a 7,500-square-foot entertainment space into The Muzium, where four EDG traveling exhibitions will be featured back-to-back over the next several yearsEDG has supported Destiny USA’s leadership to design the world class gallery space and select exhibitions in art, science, popular culture and history. EDG is the world’s leading traveling exhibition company, known for organizing blockbusters including MythBusters: The Explosive Exhibition, Dressing Downton, The International Exhibtion of Sherlock Holmes and the recently released Pompeii: The Immortal City, which premiered in Brussels in December 2017. Its [...] END_OF_DOCUMENT_TOKEN_TO_BE_REPLACED 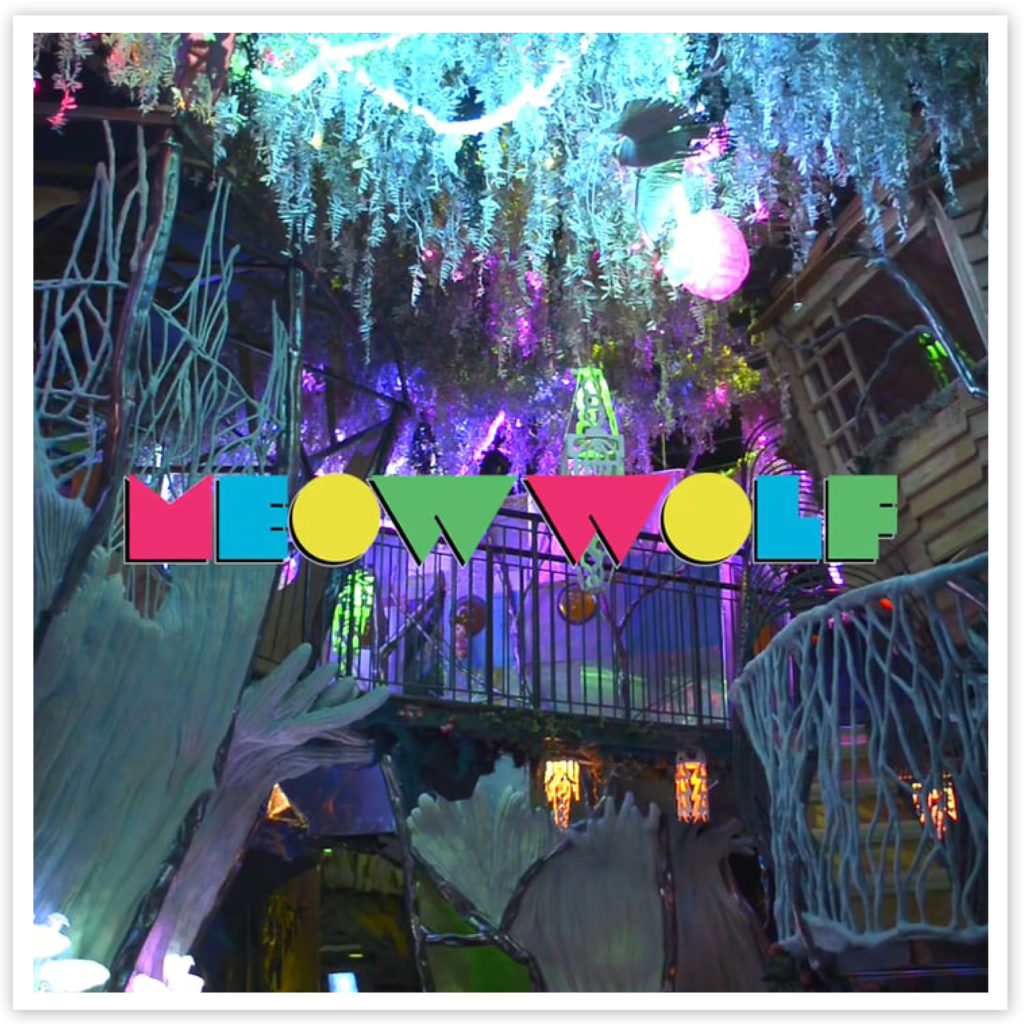 EDG ignites and promotes cultural exchange by bringing exhibitions of art, science, history and popular culture to a diverse audience worldwide. We are devoted to maximizing our clients’ collection and exhibition assets while delighting their visitors with educational and entertaining experiences.